Sometimes, for some people, the smart thing isn’t to maximise the probability of success.

Sometimes, it pays to do things that are more likely to fail – where you’ll probably lose money or get nothing for you time. If there is the possibility of a big payout. And you’re in a position where you can take the loss.

It all comes down to expected values and whether a strategy is a bet worth taking. Let me explain. 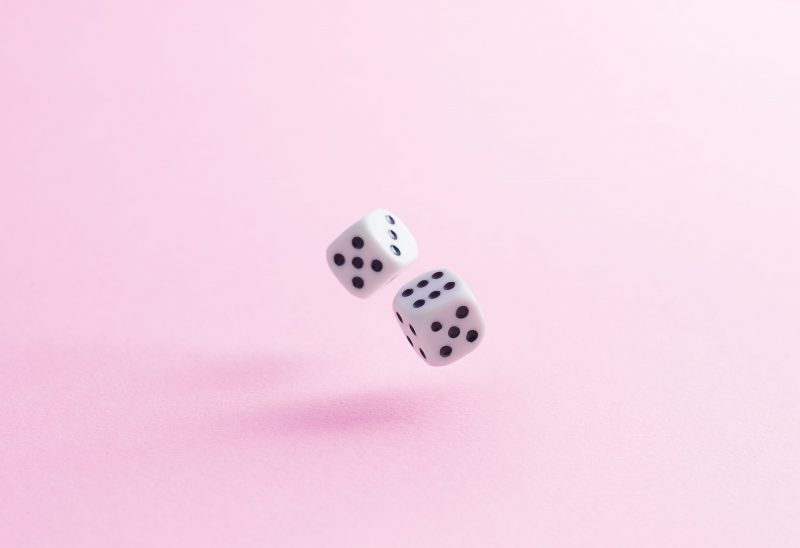 I hope the answer is no, unless you’re wanting to be charitable or you want to telegraph that you’re hyper-tolerant of risk!

You’re likely to to lose money, and even if you make it, you don’t make nearly enough to make up for the risk. The expected value of this bet is negative.

What about if someone offered you $10 if you rolled a 6?

This is more attractive. The probable scenario is that you’ll lose money. But if you can afford to lose $1, the potential payout makes up for the risk. The expected value is positive.

What about a deal where someone offered you $100 if you rolled a 6?

Again, the most likely scenario is that you’ll lose money. But the expected value is way higher than $0. Unless you really can’t afford to lose $1, we’re in IQ-test territory.

When Jeff Bezos was fundraising for Amazon, he put the probability of the business succeeding at 30%. He even said so when talking with potential investors:

“I think there’s a 70 percent chance you’re going to lose all your money, so don’t invest unless you can afford to lose it.”

Likewise, Elon Musk gave a 10% probability of success for each of his investments in Tesla and SpaceX. When Musk’s friends told him this, he’d reply: “Well, I agree. I think we probably will fail.”

In both cases, they were bets worth taking. At least, they were worth taking for Bezos and Musk, who were prepared to wear the possibility (probability) of failure and its consequences.

Of course, I’m wildly simplifying. The range of outcomes would be much wider. Even if there is a 70% probability of failure, there is a wide range of possible success scenarios, from making $1 million up to making $200 billion. You might also want to factor in the impact on other earlier investors, especially loved ones. Or the fact that you could lose the money, but it might create other opportunities in a roundabout way. And of course, estimated probabilities are only a proxy and can be subject to overconfidence biases and the like.

The point, however, is that the expected value is massively positive, even if the probable scenario is failure.

Bezos has put it this way:

"Outsized returns often come from betting against conventional wisdom, and conventional wisdom is usually right. Given a 10 percent chance of a 100 times payoff, you should take that bet every time. But you're still going to be wrong nine times out of ten . . . We all know that if you swing for the fences, you're going to strike out a lot, but you're also going to hit some home runs. The difference between baseball and business, however, is that baseball has a truncated outcome distribution. When you swing, no matter how well you connect with the ball, the most runs you can get is four. In business, every once in a while, when you step up to the plate, you can score 1,000 runs. This long-tailed distribution of returns is why it's important to be bold. Big winners pay for so many experiments."

It’s not for everyone, and I'm not saying it's for you

A risk of this nature is not for everyone. It depends on how you weigh the worst-case scenario.

Most of us can afford to lose $1 in order to get some money back if someone rolls a 6.

Most of us can’t afford to put a significant portion of our savings, let alone our professional capital, in a venture that is more likely to fail than succeed.

But if you’re in a position where you can take these risks, then it might be an appropriate thing to do.

This is especially the case if you can reconcile yourself to the possibility, or probability, of failure.

It's one thing to say that you'd rather regret trying than not doing anything. It's another thing to actually try and fail, at least by external measures. In your heart of hearts, can you reconcile this as a a form of "success" in its own right?

This argument is most compelling if you want to impact others

There are diminishing personal benefits to increasing income and wealth. The benefits don’t flatten out entirely, especially when it comes to satisfaction with life, but the marginal benefits definitely reduce.

If you care about having an impact, and benefiting others, however, the calculus changes. The benefits of giving each additional $1 to causes you care about do not reduce at nearly the same rate as your personal marginal benefits.

If your goal is to leave the world better than you found it, and the idea of “earning to give” appeals to you, or you think you can create something that will have a significant positive impact on others, then there’s a strong argument for taking risks and being ambitious.

This article on the 80,000 hours website makes the argument more strongly than I can.

The bias for advisers and others is to focus on probability, not expected values

This is something I’ve been wrestling with, as a professional adviser.

If you’re working with a professional adviser, or a coach, or anything of that nature, that professional is probably incentivised to guide you towards maximising the probability of success.

There are a many reasons for this. For example:

I recently spoke with a client who described our initial conversation as “unsettling”. This was someone who is in a really solid financial position.

My guess is that this is because I questioned them on this point (as well as many other things that got them to consider their core values and their vision of what they wanted their life to be about).

For someone in their position, with their values, I encouraged them to think about whether this high variance strategy might be suitable for them. It’s not something they had considered.

I feel conflicted by the idea that a conversation (or even an article) like this could make someone feel unsettled. However, sometimes thinking about things through a different lens isn’t natural or easy, especially to begin with, even if it’s worth it in the bigger scheme of things. 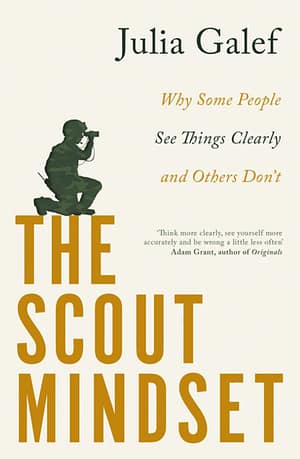 One of my favourite books of this year is The Scout Mindset by Julia Galef.

In a lot of ways I don’t think I learnt a lot from the book. Instead, it felt validating. It’s one of the best articulations of how I see the world (or aspire to see the world) I’ve come across.

In the book, Galef encourages readers not to be motivated by the thought “This is going to succeed”, so much as “This is a bet worth taking”. This book is the source of the anecdotes about Bezos and Musk.

Galef provides a terrific framework for thinking in this way – and feeling it, too.

(It's probably a good place for me to plug Richard Meadow's book Optionality, too!)

Did you enjoy this article?

Sign up to the NZ Wealth & Risk newsletter and you'll receive monthly updates, plus a series of emails explaining how to Build Your Own Financial Plan and a short book. More info is here.