I've been thinking about that statement ever since.

How often do we end up believing people who seem nice, or credible, on no other basis than a simple gut feel?

I'm reminded of a number of clients I've dealt with recently, who have lost money in disreputable schemes that were promoted by someone who seemed credible and sincere.

"I'm the hand up Mona Lisa's skirt. I'm a surprise, Kevin. They don't see me coming: that's what you're missing."

In a similar vein, I'm reminded that a devil's best disguise is as an angel.

And of course, with my Donald-J(enius)-Trump-is-a-cognitive-cancer-addled-mind, I've been thinking about US politics through this lens.

I don't know how much you know about Jared Kushner, Trump's son-in-law. He's the one who was denied security clearances by career security professionals, but was subsequently granted the highest security clearance against all recommendations by a Trump appointee. 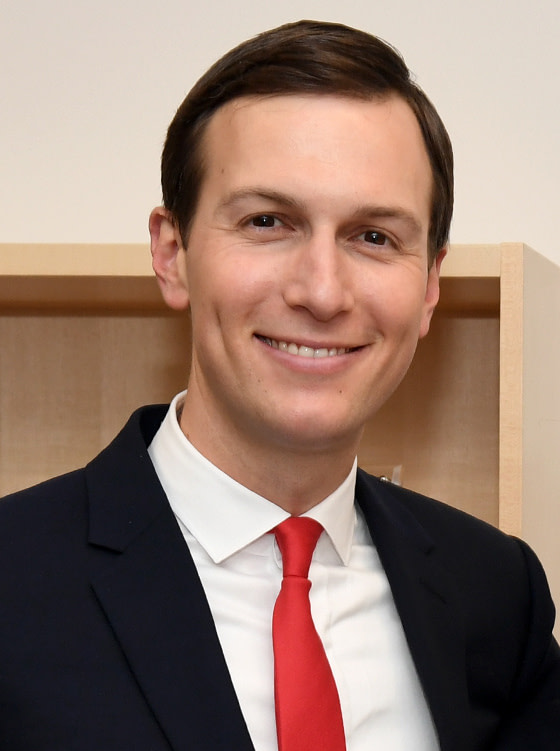 He looks like the most milquetoast, un-dangerous person you could imagine. Yet I'm confident that in time he'll become one of the great villains of our day.

I don't automatically trust people who seem "nice". And I think you should second-guess your instincts a little, too.

"Generally speaking, rapport-building has a far better reputation than it deserves. It is perceived as admirable when it fact it is almost always done for self-serving reasons."

Con-men and con-women tend to be very good at building rapport. One of the phrases that you often hear when psychopaths are described is that they have a superficial or glib charm. It's easy to focus on the "superficial" or "glib" part of that statement. But the important part to remember is the charm.

For me, "niceness" and charm is as likely to be a red flag as anything else. It puts me on high alert.

To my mind, trust needs to be earned. It shouldn't be based on initial appearances, or a skill that can be developed.

Niceness is great, but goodness is what's really important.

Admittedly, when I work with clients I need to develop rapport, and make people comfortable with being candid.

It's a skill that's common in many successful people in the financial services industry. It's a skill I've worked on developing over the years.

When people work with me, it's such a privilege! Wow, they share a lot of information with me.

There are times when it weighs on me: I feel grateful for their candour, and it's necessary for me to provide appropriate advice to them. But I'm also conscious that an unscrupulous person in my position could also use the relationship of comfort and trust to find, and take advantage of, vulnerable people.

Of course, I try to go a step beyond niceness. Because being good is not just about creating a sense of trust. It's about being worthy of being trusted, and earning trust.

Last year I wrote about the term "fiduciary" and the nature of fiduciary relationships. One of my conclusions was that it's one thing for someone to say they are acting as a fiduciary. But perhaps the first thing you need to ask is whether you need to enter into such a relationship of trust and vulnerability in the first place.

If you want to be good, it's valuable to structure your life so it's easier to be good and harder to be bad.

If we don't want to suffer at the hands of bad people (or nice people doing bad things), it pays to reduce our vulnerability to badness.

It's one thing to be nice. It's another to actually be good. It's important to know the difference.