Beware the hook baited with prestige

Status confers lots of benefits linked to surviving and thriving. We’ve social creatures, evolved to seek and respond to status.

Granted, status may mean more or less to you than others. But we all have hierarchies that matter to us.

The challenge is, we didn’t evolve for an environment like the modern world. We’re adaptable, but there are times when our evolved desires, like the desire for status (prestige), are subverted, and work against our interests.

(If you want to go down a rabbit hole regarding subverted evolved desires, start researching “superstimuli” or “supernormal stimuli”. But I digress.)

“Prestige is especially dangerous to the ambitious. If you want to make ambitious people waste their time on errands, the way to do it is to bait the hook with prestige. That’s the recipe for getting people to give talks, write forewords, serve on committees, be department heads, and so on.”

Since reading Graham’s article, I’ve often asked: is this is a hook baited with prestige?

Be on special alert where prestige is involved

Graham goes a little further than me. He says:

“It might be a good rule simply to avoid any prestigious task. If it didn’t suck, they wouldn’t have had to make it prestigious.”

My general view is that if prestige is involved, it’s not an initial “no”. But I’m on special alert. You should be too.

In this article, I’ll share some examples from my own life.

I also touch on social media and the concept of “vanity metrics”.

Working in a “prestigious” industry or firm

When people ask me what I do, I often say that I’m a “recovering lawyer”. It has more social cachet than saying I’m a financial adviser.

(Now I sometimes say that “I blog about death, sex, and money”, but whatevs.)

I think that’s one reason many people stay in professions they don’t especially enjoy. It’s because their identity is too attached to the social cachet associated with their role.

Quite a bit is said about “title inflation”. 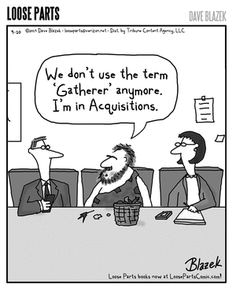  But title deflation exists, and it can be hard for the psyche.

Maybe we need to heed the words of Tyler Durden:

Or perhaps we can remember the words of David Brooks:

I personally decided that I’d rather do something that was a good personal fit (not to mention, a good fit for my family) rather than have the prestige of an office job in a law firm.

Before I even practised law, I also decided I didn’t want to work in a “prestigious” firm, such as a “Big 3” or “Big 4” firm. That’s still the case, even in the financial services world.

One of the most influential articles I’ve ever read was titled “On being a happy, healthy, and ethical member of an unhappy, unhealthy, and unethical profession”, by Patrick J Schiltz, published in the United States in 1999.

Schiltz starts by rattling off all the ways that lawyers suffer poor health outcomes compared to the general population. These include high rates of:

He talks about the reasons for these terrible well-being outcomes:

I think this is true elsewhere. To a large extent, I put it down to money becoming the lowest common denominator. If you work in a firm with just one or a small number of stakeholders, it is easy to consider the values of the business owner(s).

Beyond a certain number of stakeholders, however, it becomes hard to negotiate on the basis of values. A denominator becomes necessary, and money is almost always the lowest common denominator.

I refuse to let money be the major determinant in my life decisions. It needs to be a factor, but it shouldn’t be a determinant. That’s not wealth to me.

I go through phases where I think I want to work towards a PhD.

Sometimes I’ll pursue the idea a little. Last year, for instance, I reached out to a handful of people who were very generous with their time while I investigated the option, to the point where I had a plan of attack.

But to date, I’ve managed to talk myself off the edge.

At the heart of it, I think my desire to work towards a PhD is a goal that I want for the prestige more than any other reason. I’ve got a fair amount of letters after my name, but it’d be nice to have the PhD and be Dr Sonnie.

(My wife is a dentist and also has a doctorate, so I sometimes tease her that she’s a “double doctor”. That means, on average, we have one “Dr” between us. I also tease her that she’s got nothing on another of our friends, who is a “triple doctor” – he is a dentist, has a PhD, and also has a clinical doctorate. And he feels like he’s got nothing on some of his high school classmates, who are Rhodes Scholars. The merry-go-round never ends…)

The trade-offs and opportunity costs are enormous.

Would I rather spend thousands of hours over the next three or more years working on a fairly narrow, esoteric area, to write a dissertation that very few people will read… or spend the same amount of time working on this blog? Alternatively, would I prefer to spend that time building my business and/or writing a book?

Or, from a what-really-matters perspective, would I rather spend it with my family?

Of course, there might be some practical benefits to having a PhD. For example, being one of the few financial planners in New Zealand with a “Dr” in front of my name would add some cachet and might increase demand for my services. It might also enable me to charge more.

But will it increase demand and my prices substantially? Would I be adding any more value to my clients? Would it be worth the cost — in tuition fees and opportunity costs?

On the flip side, would it manage risks? Would it make me more employable? Or would it actually make me less able to find work if I need it, because I’d be over-qualified? Would it create a perception of being an ivory-tower pointy-head rather than a “pracademic”?

Would it open any additional pathways or options? Would I want to work in academia? If I made submissions in relation to regulatory matters, would it give my submissions more weight over and above the quality of my arguments? Would it open doors I’m not aware of?

From a financial perspective, would it generate a return on investment? The opportunity costs would be somewhere in the vicinity of several years’ worth of time I could spend working. On top of that, there would be the costs associated with the course in question. Would my income over the long-run exceed that?

Could it actually lead me towards being more narrow in my thinking? Would it make me more conservative in relation to any statements I make, and make me even more inclined to qualify everything? Would I start looking for, and including, citations everywhere? Would it change the way I write – and not for the better?

Is being narrow in one area going to incline me to stop trying to think more broadly?

There may come a time where I find a topic that really matters to me, and I’m compelled to work towards it. But for the time being, my instinct is that working towards a PhD is bait, in the form of prestige.

What do you want out of having a PhD? Some validation of your intelligence? To be honest, you can tell from a short conversation whether someone is switched on. Just because someone is a medical specialist or has a PhD doesn’t mean they are especially smart in a general sense.

(Another beef I have: PhDs relate to making a unique contribution to knowledge. The issue is, there are many fields where new knowledge isn’t necessarily what’s most needed. Instead of getting talented people to go deep on some esoteric area, I suspect the world would be better if they instead mastered existing knowledge. Insisting on unique knowledge as an initial ticket into some forms of academia seems a bit weird to me.)

Apologies if you have a PhD or are working towards a PhD! Feel free to tell me that this is a complex rationalisation.

Wanting to work with a book publisher, as opposed to publishing independently

I recently went down the rabbit hole regarding “indie publishing”. It’s a fascinating world with sub-cultures of its own.

What struck me is that the world of publishing is different today to what it was just 10 or 20 years ago. Although there’s a time and place for traditional publishers, for many authors, self-publishing is a legitimate and preferable option.

Nowadays, what can a publisher bring to the party that a resourceful person can’t do for themselves?

Social media is a special example where services are geared to bait the hook with prestige. Let’s forget the personal side of things, but look at it from a commercial perspective.

If you are a business or blog, do “page views”, “follows”, “likes”, etc, really matter? Are they as important as, say, revenue, expenses, and profit?

No. These things are vanity metrics. I’d rather have a small number of page views, follows, likes, etc, but have the right people viewing, following, and liking.

Vanity metrics are noise, not signal.

Status and prestige can be valuable. We are human, so we respond to it and seek it. We just need to be careful to make sure it hasn’t been subverted and has us chasing the wrong things.

When it comes to prestige, as often as not, you’re getting noise, not signal. It’s often for vanity.

This is why it can pay to ask: is this a hook baited with prestige?

DEVIL’S AVOCADO: Reflections on providing advice [this blog in books #6]

DEVIL’S AVOCADO: Reflections on providing advice [this blog in books #6]