Are we on the road to ruin? 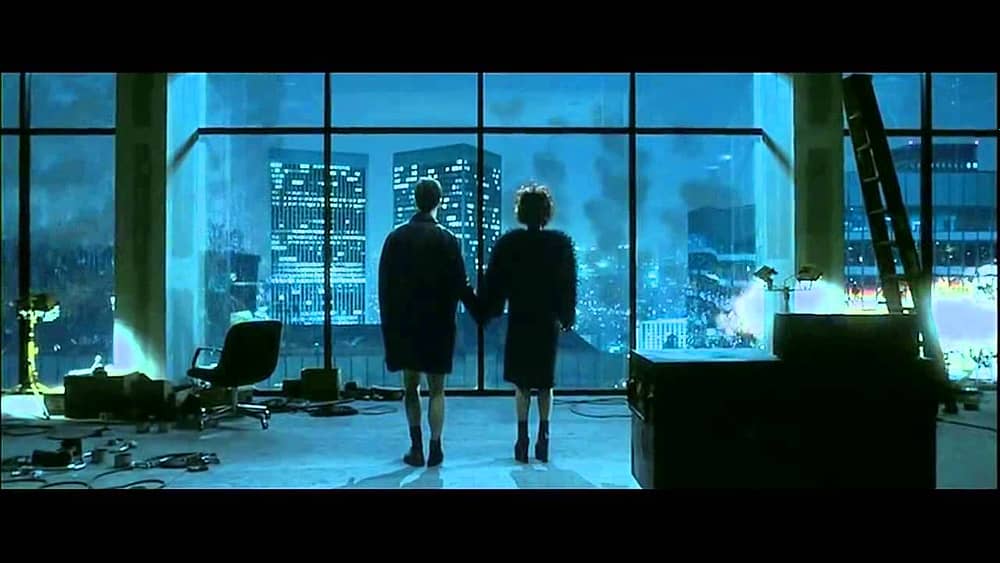 This article was inspired James Rickards’ book The Road To Ruin, which has received a fair amount of attention since its release in November 2016.

I know a few people, whose opinion I greatly respect, who have given the book’s central thesis a fair amount of thought (and worry).

I discuss The Road to Ruin at the end of the article. But it’s really a point for me to springboard into some broader points about predicting the future – whether it’s a good one (read Abundance by Peter Diamandis) or a bad one (The Road to Ruin).

There’s no such thing as “The Future”

Let me clarify. I’m not getting all metaphysical here. There is most definitely a future.

But no one knows exactly what that future will look like. It’s in this sense that I mean there’s no such thing as The Future.

To quote Niall Ferguson from The Ascent of Money:

“there really is no such thing as ‘the future’, singular. There are only multiple, unforeseeable futures”

We can try to predict the future.

For some things, we can have a very high degree of confidence. For example, the shape of my life is likely to be very similar tomorrow to what it is today.

A calendar is a good tool for predicting the future. I can look at what’s in my calendar and predict, with a high degree of accuracy, where I’ll be, what I’ll be doing, and who I’ll be with, at specific points in the future.

We can look at bigger events, as well. We can know (at least roughly) when elections are likely to be held. We know when and where the upcoming Olympics will be and what events will be involved. We know when movies will open on a given date in the coming months. We know when companies and Government agencies will release important and sensitive reports. Etc.

In most cases, however, the details are unclear:

The further into the future we try to look, the fuzzier our view of the future is.

It’s a little like the weather. Forecasters are pretty good at telling us what the weather is, and what it’s likely to be in the next few hours. They might give us a decent guide to what the next week will look like. But trying to predict any further out is challenging.

There are some things that are completely off the table in terms of predicting, too. If you expect to have children in the future (assuming you don’t have problems with conceiving – yet another uncertainty), you have no idea what their genders will be, what they’ll look like, and what their personalities will be. We don’t know what their life will look like. (And isn’t that part of the beauty of being a parent?)

We can try to predict the future. We can extrapolate and come up with our own theory of how events will unfold.

But there is no way anyone can predict The Future.

When I talk about predictions relating to politics, sports, movies, or business, I’m making some big assumptions.

We’re all subject to low-probability, high impact risks. At the personal level, these can include health issues such as dying suddenly, becoming incapacitated by a stroke, being diagnosed with cancer, or being hit by a bus. Whether we get to experience any of these events has a question mark against it.

All species have a question mark against them. There have been enough extinctions to know this is the case.

This is the case, even with us.

Some of the low-probability, high impact risks that concern me the most include existential risks, or X risks. An X risk is an event that could wipe humanity out of existence or drastically change our way of life.

Examples of X risks include:

If you want a longer list and some fun reading, start with Wikipedia’s article on global catastrophic risk.

Arguably, none of these events are likely in our lifetimes. But they are possible. They are all part of the possible set of futures ahead of us.

(As an aside, the probability of some of the X risks we’re exposed to may be low in absolute figures, but alarmingly high when you factor in their potential consequences. As a society I think we need to pay more attention to these risks. But that’s another conversation.)

That’s enough scaremongering. I’m just trying to soften you up to discuss prediction as it relates to financial markets, and predictions with narratives attached.

According to The Road to Ruin, “The signs of a worldwide financial meltdown are unmistakable”.

That’s all well and good. But it’s kind of like saying that “The signs that I will get sick at some point in the future are unmistakable”.

As long as there are financial markets, there will be “meltdowns”.

As emotive as the term “meltdown” is, there are probably varying degrees of meltdown. Will it be at a similar level as the recent GFC? Will it be more like the Great Recession? Will it be somewhere in between? Worse? Will it be different, and in what ways?

I agree: the signs of a worldwide financial meltdown are unmistakable.

That’s not because of any specific measure, but simply because as long as there are financial markets, there will occasionally be meltdowns.

In the same way that, as healthy as I am, I’ll get sick at some point in the future. Because human beings get sick.

In each case, however, I can’t give you specifics, and I can’t tell you when it will occur.

And neither can anyone else!

The whole idea of financial markets is that the price of a given product reflects the consensus view of people buying and selling these products. People trading in these assets are making predictions about what they think the future holds for a given share or company or Government issuing a bond. It’s the best guess of many clever, dedicated, well-educated, incentivised, well-resourced professionals who are putting money where their mouths are.

Talk is cheap. But putting money down, even if it’s other people’s money, is arguably more challenging, and involves more skin in the game than writing an article  or book. (Especially where the risks and returns are largely asymmetric: if Rickards is vaguely correct, he’ll go down as a prophet. If he’s not, he’ll be forgotten, and probably make similar predictions in future books.)

The reason weather is so hard to predict is that weather systems are incredibly complex systems, with all manner of interacting variables.

When something is simple, it’s common to say “It’s not rocket science”. But when it comes to predicting what financial markets will do, the inverse is true: it’s impossible because it’s not like rocket science.

The art of rocket science is working out all of the variables involved, and how they interact with each other. If you do it well, you can predict what will happen with great accuracy.

Financial markets, however, have so many interacting variables that provide feedback into each other, that it’s impossible to make predictions in the same you can when it comes to rocket science.

Some things to take out of The Road to Ruin

So here is where I finally come back to Rickards’ book!

I’ve only paid attention to this book because people I respect were taking it seriously. Otherwise I wouldn’t have paid it any attention. Consider some immediate red flags:

“A drumbeat is sounding among the global elites. The signs of a worldwide financial meltdown are unmistakable. This time, the elites have an audacious plan to protect themselves from the fallout: hoarding cash now and locking down the global financial system when a crisis hits.”

“The global elites don’t want this book to exist. Their plan to herd us like sheep to the slaughter when a global crisis erupts—and, of course, to maintain their wealth—works only if we remain complacent and unaware. Thanks to The Road to Ruin, we don’t need to be.“

We’re talking about “the global elites” as a single, like-minded group. I find it hard enough to organise a birthday party with close friends who are probably above-average in intelligence and organisational abilities. Is it really possible for a group of “global elites” to coordinate something of this nature in relation to a difficult-to-define-with-any-precision event? Not a chance.

But let’s give Rickards the benefit of the doubt. Let’s say this talk about a coordinated group of “global elites” is copy influenced by his publishing house, to stoke fear and encourage people to buy his book.

Let’s just say that even if there’s not a giant conspiracy, there is some of emergent property where self-interested, powerful actors, are acting as if this were true.

Consider it useful from the point of view of thinking about different possibilities and risks, and how to manage them.

I’ll grant Rickards this much:

The other factor in all of this is that there’s always a risk of pitchforks. A “global elite” could game the financial and regulatory system to favour them. But in the worst type of meltdown, you’d be likely to see fractures in the rule of law. Even for people of more modest means, the ability to enforce property rights might get difficult. You can own an investment property, but without a working society, it will be difficult to evict tenants if they’re strong and better armed than you.

We can prognosticate about the future. I do it, and I encourage you to do it. Think about the different ways the future can go. Think about how you think it will probably go; how it might go in the best case scenario; how things could go wrong; and how you want it to go.

Be open to pessimistic predictions like Rickards, and also consider more optimistic takes on the future (for example, look at Abundance by Peter Diamandis; Enlightenment Now by Steven Pinker; or The Rational Optimist by Matt Ridley).

Think about how to plan for all of these things, and the steps you can take to make the best case more likely and the worst case less likely.

The future will happen. But no one – not even someone who can create a compelling single narrative in book form – knows what it will be.

Reading from other sources

Some great books on these sorts of topics include:

And for something shorter, I encourage reading Alex Tabarrok’s article “Can you short the apocalypse?”. Consider this excerpt:

If you think a nuclear war is likely, and you sell your stocks, what do you buy? It’s pointless to buy other assets like bonds–the bond markets probably won’t exist. You could buy land but who will enforce your property right? Even cash might be useless following a nuclear war. Maybe some gold coins and canned goods would be useful but you may not be around to enjoy them.

If the apocalypse really is coming your best bet is to cash out and spend it all now. But really how much fun would that be? Sure, you could have a great week of hookers and coke but I suspect a lot of people might prefer the cheaper option of a walk in the forest.