Neuroscience research shows that when an expert speaks, parts of your brain actually shut down: In a 2009 study, Emory University School of Medicine scientists led by Gregory Berns, M.D., a professor of neuroeconomics and psychiatry at Emory, found that people will actually stop thinking for themselves when a person they perceive as an expert offers them advice or direction . . . “The brain activation results suggest that the offloading of decision-making was driven by trust in the expert.”

Sometimes you read an article that sticks with you. An article that has wormed its way into my brain is “What is the Monkeysphere?”, a 2007 article published on comedy website Cracked by David Wong.

Wong is author of the upcoming novel Zoey Punches the Future in the Dick (a sequel to the excellent Futuristic Violence and Fancy Suits) and other novels such as This Book Is Full of Spiders: Seriously, Dude, Don't Touch It.

In Wong’s article, the Monkeysphere refers to Dunbar’s number – in more formal, Wikipedia-friendly terms, the “suggested cognitive limit to the number of people with whom one can maintain stable social relationships”.

Side note: instead of saying Dunbar’s number (singular), it’s probably more accurate to refer to Dunbar’s numbers (plural). Our inner circle will always consist of a different number to people in our “clan”. Alex Ignat created the following illustration to make this point. In any case, the number most often referred to when Dunbar’s number is discussed is 150.

One of the reasons the human species has been so successful is that we’ve been able to cooperate at enormous scale. Our close relatives, like chimpanzees and other great apes, don’t tend to interact productively beyond their immediate groups, and they certainly don’t cooperate in the millions or billions.

As usual, however, great strengths come with great weaknesses. Chimpanzees fight, Chimps have never started a world war. Nor do they have the ability to kill many thousands (or millions or billions?) of their species at one time.

Wong notes that “We all go a little insane… when we get in a group larger than the Monkeysphere”. This is because “We are hard-wired to have a drastic double standard for the people inside our Monkeysphere versus the 99.999% of the world's population who are on the outside.”

He talks about Osama Bin Laden (then alive) to illustrate:

“Think of Osama Bin Laden. Did you just picture a camouflaged man hiding in a cave, drawing up suicide missions? Or are you thinking of a man who gets hungry and has a favorite food and who had a childhood crush on a girl and who has athlete's foot and chronic headaches and wakes up in the morning with a boner and loves volleyball?

“Something in you, just now, probably was offended by that. You think there's an effort to build sympathy for the murderous f#(k. Isn't it strange how simply knowing random human facts about him immediately tugs at your sympathy strings? He comes closer to your Monkeysphere, he takes on dimension.

“Now, the cold truth is this Bin Laden is just as desperately in need of a bullet to the skull as the raving four-color caricature on some redneck's T-shirt. The key to understanding people like him, though, is realizing that we are the caricature on his T-shirt.”

The article concludes with the “T.R.Y.” plan for dealing with the fact we all live in the Monkeysphere:

(Yes, the acronym is terrible. That’s the point.)

The most enduring lesson for me from Wong’s article is the recognition that there are no Supermonkeys.

“there are no Supermonkeys. Just monkeys. Those guys on TV you see, giving the inspirational seminars, teaching you how to reach your potential and become rich and successful like them? You know how they made their money? By giving seminars. For the most part, the only thing they do well is convince others they do everything well.”

He also gives us an excellent exercise:

“picture your hero – whoever it is – passed out on his lawn, naked from the waist down. The odds are it's happened at some point.”

Does that mean we shouldn’t follow what other people say? No.

“Don't use your heroes' vices as an excuse to let yours run wild.”

(Related: an article on “Cheeseburger ethics”. Or: “Are professional ethicists good people? According to our research, not especially. So what is the point of learning ethics?” TL;DR: Yes, it’s still worth learning ethics.)

The key is to realise that all humans are working within the same general parameters. Yes, we might differ in IQ, but the difference is measured in standard deviations, not qualitative shifts. By this I mean that that the difference between any two healthy humans is never going to resemble the difference between a pocket calculator and a modern desktop computer processor. Or one species compared to another. And yes, we might differ in terms of emotional climate, conscientiousness, where we fit on the dark triad, etc. But we all fit within the normal parameters of human experience.

There isn’t a single person who is fundamentally, qualitatively better than the rest of us. There are no Supermonkeys.

By extension, no “guru” or “idol” should go unchecked.

Yes, some people have earned their views and opinions in certain domains more than others. But everyone has flaws, and we all operate within constraints.

Be careful of people who try to convince you otherwise.

Have I mentioned? There are no Supermonkeys. 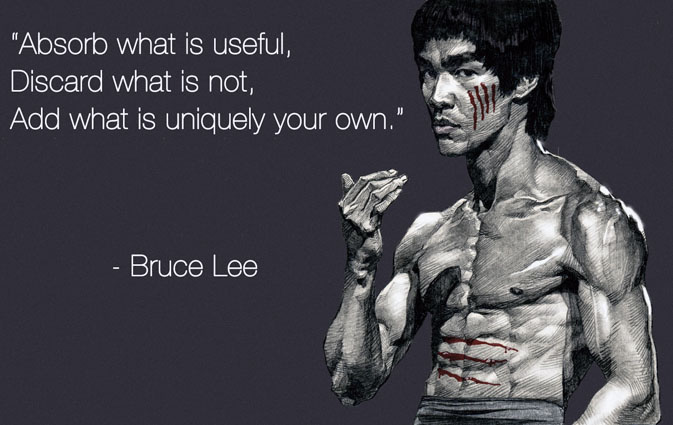